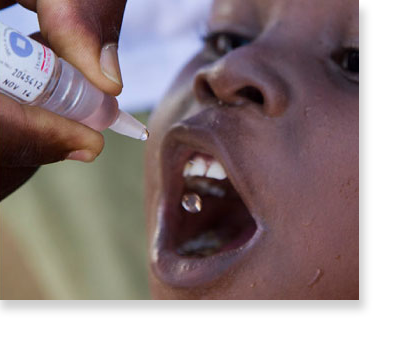 Rotary has contributed more than $1.7 billion and countless volunteer hours to immunize more than 2.5 billion children in 122 countries. In addition, Rotary's advocacy efforts have played a role in decisions by donor governments to contribute more than $7.2 billion to the effort.

For more than 110 years, Rotary members have been addressing challenges around the world.

Grassroots at the core, Rotary links 1.2 million members to form an organization of international scope. It started with the vision of one man — Paul Harris. The Chicago attorney formed the Rotary Club of Chicago on 23 February 1905, so professionals with diverse backgrounds could exchange ideas, form meaningful, lifelong friendships, and give back to their communities.

Rotary’s name came from the group’s early practice of rotating meetings among the offices of its members.

Whatever Rotary may mean to us, to the world it will be known by the results it achieves.

Rotary members have not only been present for major events in history — we’ve also been a part of them. Three key traits have remained strong throughout our history:

We’re truly international. Only 16 years after being founded, Rotary had clubs on six continents. Today, members in nearly every country work to solve some of our world’s most challenging problems.

We persevere in tough times. During World War II, Rotary clubs in Austria, Germany, Italy, Japan, and Spain were forced to disband. Despite the risks, many continued to meet informally, and after the war, Rotary members came together to rebuild their clubs and their countries.

We’re committed to service, and we’re not afraid to dream big and set bold goals. We began our fight against polio in 1979 with a project to immunize 6 million children in the Philippines. Today, polio remains endemic in only three countries — down from 125 in 1988

The Rotary Club of Barrie – Huronia is one of three Rotary Clubs in the City of Barrie. It was first organized by the Rotary Club of Barrie in 1976. Starting with a membership of 25 we have since grown to over 80 members. Over the past forty one years we have completed many projects and addressed many individual needs. Our most visible projects are Rotary House and Cancer Center at the Royal Victoria Regional Health Center and the Gryphon Theatre, classroom facilities and scholarships at Georgian College."

Based on the Objects of Rotary, the Avenues of Service are Rotary’s philosophical cornerstone and the foundation on which club activity is based. Hey we’ve got a committee(s) for that!

Club Service focuses on strengthening fellowship and ensuring the effective functioning of the club. We have four committees for this avenue, Club Service, Membership, Public Relations and Ways and Means. 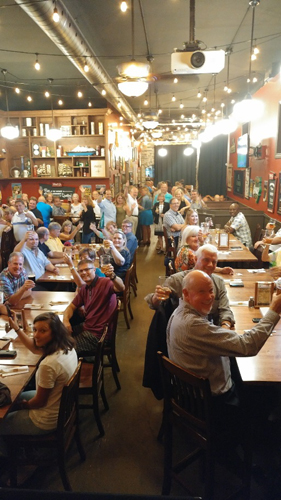 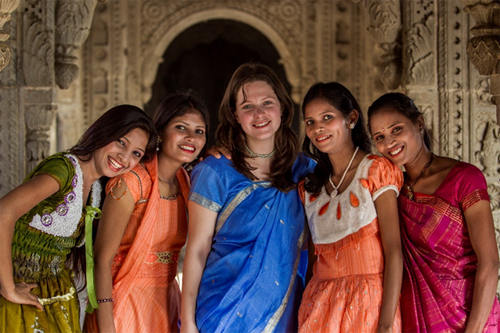 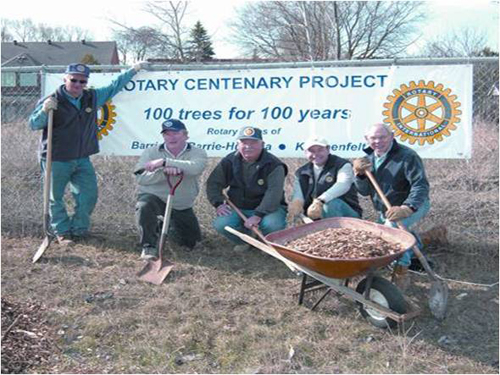 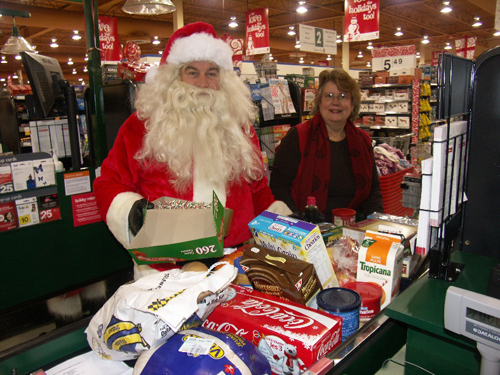 International Service encompasses actions taken to expand Rotary’s humanitarian reach around the globe and to promote world understanding and peace. This committee works with Rotary Clubs around the world to delivery help efficiently. 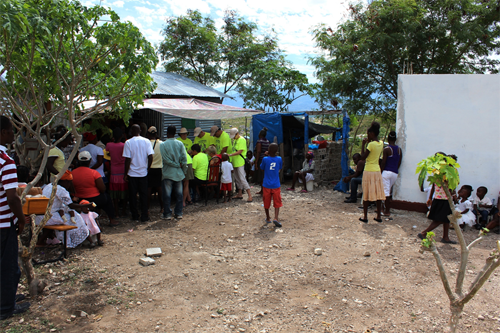 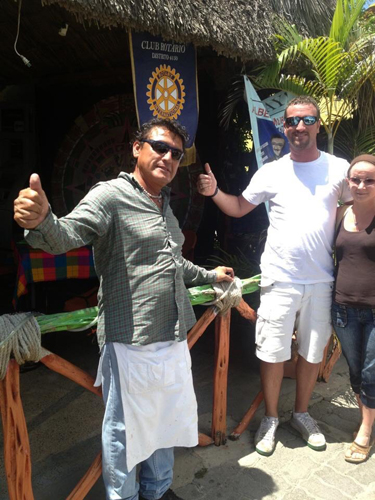 Participants can design exchanges that combine their professional goals with a humanitarian project.

The club separates the administrative costs of running the club from those funds raised for charitable work. To fund the ongoing operation, the club charges members quarterly dues on $77.50. In addition members are asked to make an annual contribution the Rotary Foundation of US$100, this donation is collected by the club quarterly in the amount of $32.50. The Rotary Foundation is a charitable organization and tax receipts are issued for this.

Weekly meetings are held at lunchtime at the Southshore Center on Lakeshore. At the moment lunch is catered by Executive Caterers and the cost per meal is $16 which is also billed quarterly.

Your total yearly commitment is approximately $1200 per year

These principles have been developed over the years to provide Rotarians with a strong common purpose and direction. They serve as a foundation for our relationships with each other and the action we take in the world.

FIRST:    The development of acquaintance as an opportunity for service.

SECOND:  High ethical standards in business and professions; the recognition of the worthiness of all useful occupations; and the dignifying of each Rotarians occupation as an opportunity to serve society.

THIRD:  The application of the ideal of service in each Rotarian’s personal, business and community life.

FOURTH: The advancement of international understanding, goodwill and peace through a world fellowship of business and professional persons united in the ideal of service.

The Four Way Test is a nonpartisan and non-sectarian ethical guide for Rotarians to use for their personal and professional relationships.

Of the things we think, say or do 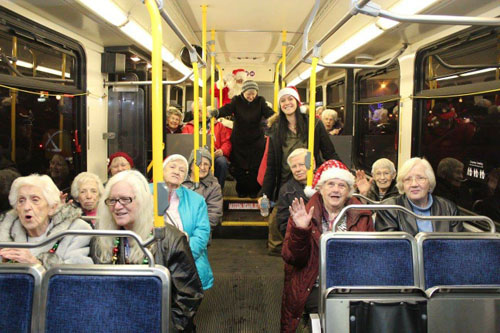 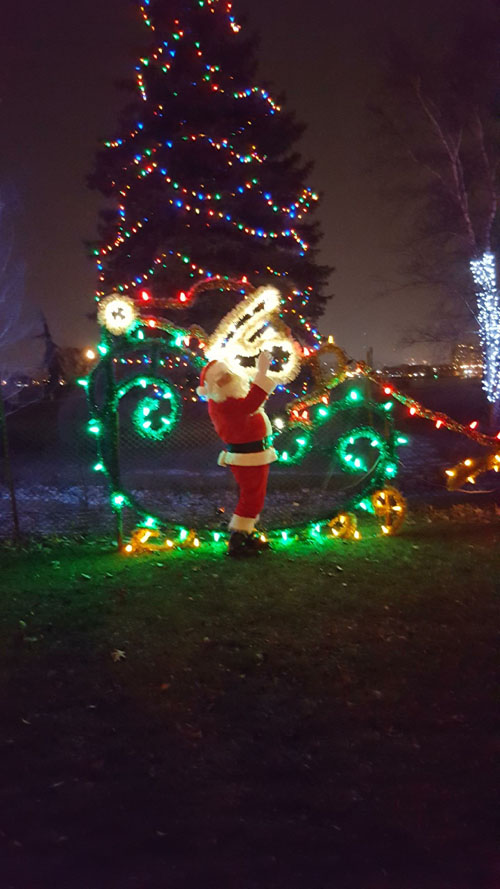 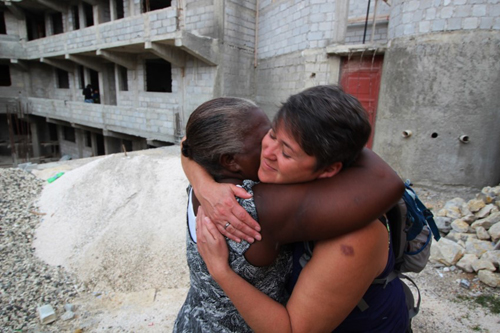 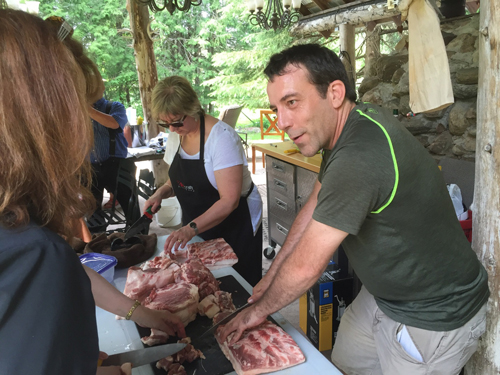 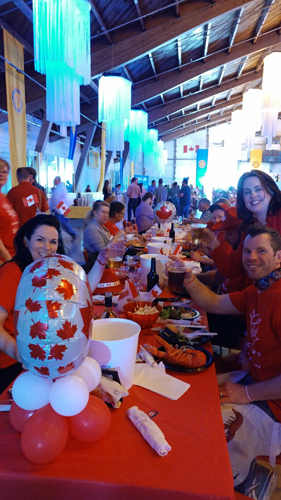 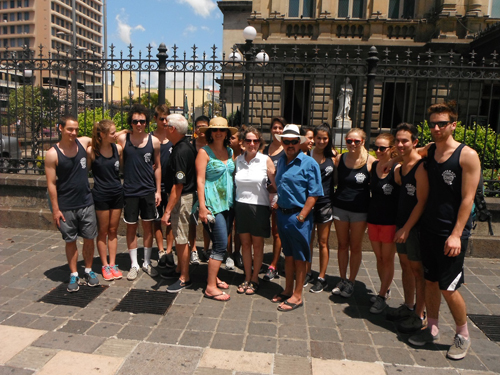 Home | Our Fundraisers | Our Projects | About Rotary | Get Involved | Contact Us 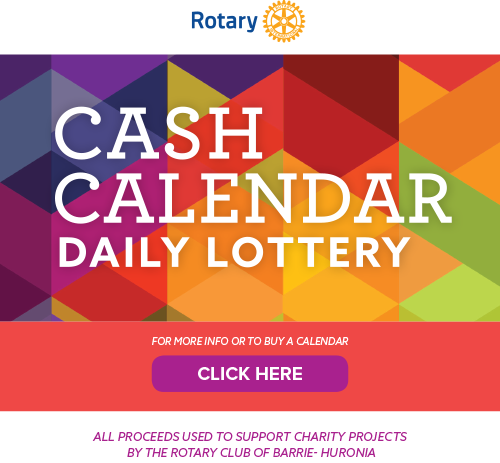